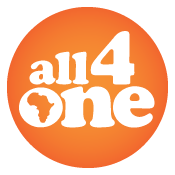 Liz Broomhead, East Midlands Vice Chair, is organising a tournament to raise money for the African Aids charity All4One taking place on March 15th at Nottingham Trent University. Teams are wanted to participant in the event, but umpires; event staff; team hosts are also required. Teams should be social/work based rather than established clubs.
For further information see their flyer 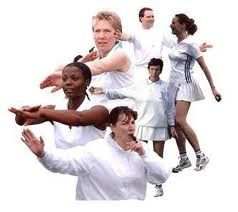 Stamford School are looking for umpires for their school matches from 8th February (£20ph). If you are interested in supporting the school then contact Annette Poulain at azp@theleys.net

LRS are running a workshop by Sports Coach UK- How to Deliver an Engaging Session and have reduced the price to just £15pp. This will take place at Loughborough University on Wednesday 12th February. It will develop your coaching skills equipping you with the essential knowledge to ensure new participants keep coming back to your sessions.

You will learn about new participants’ needs, including how to build their self-confidence; increase your knowledge about how best to meet the needs of different participant groups, helping you to recruit and retain new participants to your sessions; find out about the ‘C’* system of coaching and learn how to include them in your coaching through the use of practical examples and be able to use relevant adapted planning material for both longer-term and session planning.
For further information visit the LRS website

A Sports Fellow will be responsible for teaching and coaching of a sport under the direction and guidance of the Head of the Sport, the Head of Boys’ and Girls’ Games and the Director of Sport. They must ensure that all teaching, coaching, administrative and pastoral tasks are completed efficiently and to a high standard, enabling the continued success, enjoyment and enthusiasm for Oundle School Sport.

A qualified netball coach/umpire/teacher is required for sessions working with children of all abilities U10 - U13 on a Wednesday afternoon at Foremarke Hall Prep School. There may be some work on a Tuesday 11-1pm with girls 12/13 years old. Some umpiring of school matches/tournaments may be available on a Saturday afternoon. We would require start as soon as possible this term.

We’d like to express our congratulations to Jaydene Robinson who has been selected as part of the England U17 squad going to Netball Europe. Congratulations also go to Brittany and Iman Thomas who have been identified as reserves for the competition.

Leicestershire and Rutland Sport are holding a Coach Development Day looking at coaches delivering in school.
You will learn the 'C' system of coaching children: connection, confidence, character, creativity, caring and compassion and competence; how to incorporate these Cs into your coaching sessions: improve the development of all your young children by offering them an exciting, challenging and well-structured environment in which they can discover all that is good about sport and develop your coaching to incorporate positive youth development into your sessions.

Derby City Back to Netball Festival 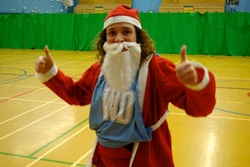 Santa and some of his reindeer turned up to celebrate derby City’s first Bak to Netball festival. Kaylea McQuade, Netball Development community Coach, told us all about the event. Click Here to read all about it! 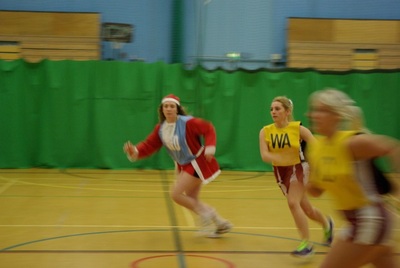 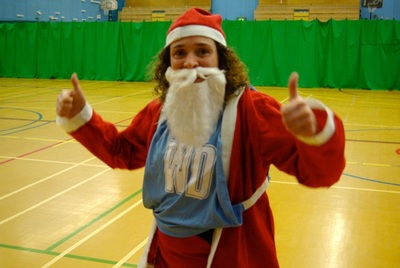 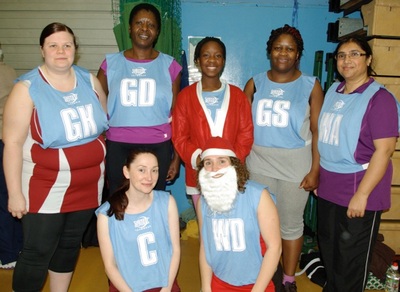 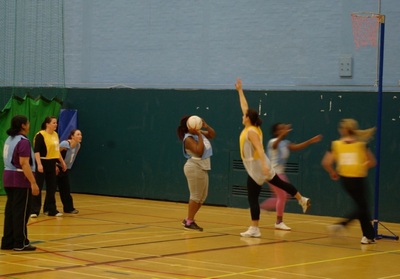 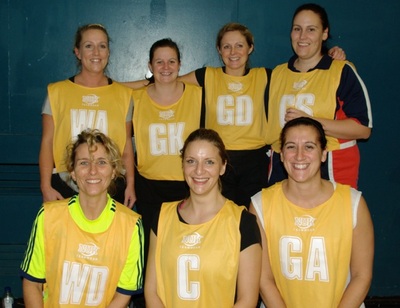 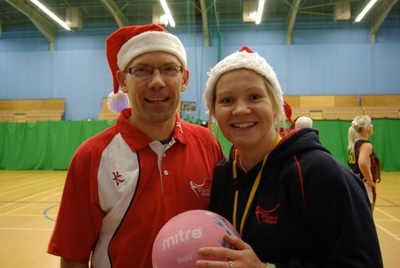 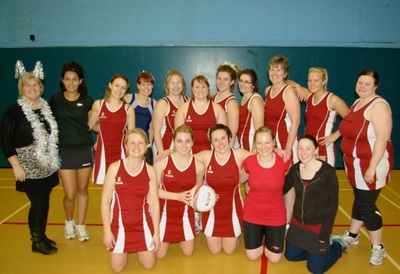 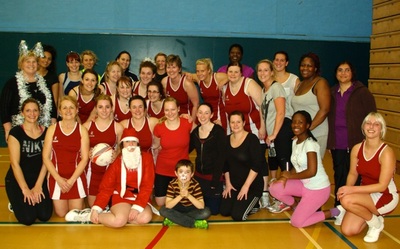 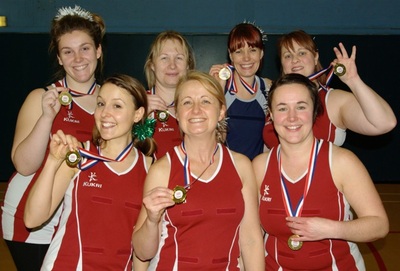 Loughborough Lightning today announced the squad that will compete in the 2014 Zeo Netball SuperLeague. Some old faces return from previous seasons as well as some new players from the region; around the country and from overseas. Read their press release here or visit their website

Back to Netball news 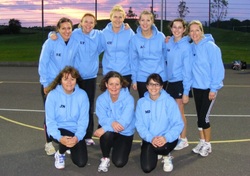 Melanie O’Berg, Rutland’s Back to Netball Coordinator has been busy spreading the netball love and she took time to tell her local paper about what she’s been up to. You can read her story here

Vanessa McErlain-Naylor, Lincolnshire CNA Chair, was nominated for an award at the UK Coaching Awards 2013. For further details about how she got on, read her story here

England Netball have just announced dates for the next UKCC level 3 course.

Visit our coaching page for details

Hucknall Town Netball Club recently were nominated in a number of categories in their local sports awards. They attended an event to find out who the winners and runner up were and shared details of the night with us. 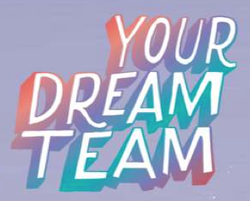 Over the last four years we have been working hard to provide more opportunities for young people to play netball in the community by developing new junior clubs and sections around the country. Young people have told us that they want more opportunities to play netball in the community so we want to continue to support the development of new clubs to do this.

Aim
Who can apply?

The aim of this fund is to kickstart clubs and ensure they have finances to purchase some of the initial things that might be needed whilst they are establishing themselves. Full details are included in the leaflet.

There are two closing dates for applications:

Vanessa McErlain-Naylor from Lincolnshire has been nominated for the Gillette Community Coach of the Year Award at the 2013 UK Sport Coaching Awards. Congratulations and good luck to Vanessa!

Read more about this story on the England Netball website

The International Netball Federation have announced the officials for the 2014 Commonwealth Games in Glasgow. Amongst them is Helen Lillie from Derbyshire who has the role of Statistician- well done Helen! See all appointments on the INF website

England Netball are updating contact details held for Club Safeguarding Officers. In order to support this, please submit details of your SGO via the England Netball website. Should you have any queries, please contact the Regional Coordinator: Katie Griffin

Back to Netball sessions

Two netball coaches are required to support the training and matches of the University of Northampton netball teams. Good rates of pay are available for level 2 and above qualified coaches. For further information on these vacancies, contact Paul Robbins, Sport Development Coordinator at Paul.Robbins@northampton.ac.uk 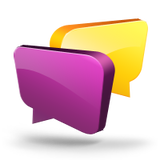 Northamptonshire Sport are running a workshop ‘Effective Communication- Coaching deaf people in sport’ as part of their commitment to support the development Of Deaf Friendly Sports clubs and are encouraging clubs to become Me2 accredited. Details of this course are:

England Netball are pleased to provide updated guidance related to domestic rules for Netball in England. As you know we play to the INF Rules of Netball, however where the rules do not necessarily meet the needs for netball played within England we sometimes need to adjust to suit our unique needs.  Various groups have helped shape these rulings and they have all been approved by the England Netball Rules Committee.  As with many rules there is a balance between player safety and inclusion. England Netball believe that these domestic rulings strike this balance.

You can find a copy of the Domestic Rules Guidance here

The format of the regulations has changed to provide a clearer overview of the competition structure as well as an amended section regarding complaints and appeals. These regulations need to be implemented throughout all county and regional rounds (and sections 4, 7 and 8 for area rounds – see section 2.2 in the regulations). Please note; this is part of an initial review of the National Schools regulations and further changes may be made during the second stage of review prior to the 2014/15 season when they will come into effect.

We encourage you to familiarise yourself with the regulations and share with anyone involved in the competition. You can find the new regulations here.

The Special Olympics Great Britain National Netball Event will take place on Saturday April 26th 2014 at Soar Valley College in Leicester. If you are interested in participating, please contact Mary Martin, Special Olympics GB National Technical Adviser on stalis.crete@yahoo.co.uk who will forward an entry form to you