Iceni are a friendly but competitive netball team based in Derbyshire and are looking for new players to join their team. They play on a Monday night in the DANA league in Derby and on a Sunday in Regional League division 2 in Loughborough. If you are interested in joining or want to find out more please contact Rachel Allaway on rachelburton26@hotmail.com

Following the success of last years Back to Netball Grand Prix, Lincoln have arranged dates for this to take place during the 2013/14 calendar. Teams from all counties in the East Midlands are eligible to enter.

Jo Stephenson, teacher in a Leicestershire School and also the East Midlands Regional Umpiring Secretary recently visited India with the school in which she works. Whilst there, Jo introduced the game of netball to some students. Here she tells us her story and share some photos with us. 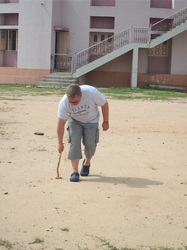 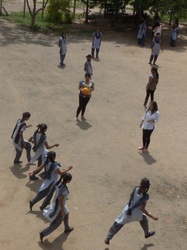 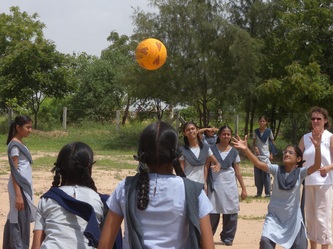 The UOD netball club are looking for a couple of C award umpires to help out during BUCs league home games which take place on the following dates:

Games will begin at around 1pm, but will be confirmed at least two weeks before the fixture. Umpires are paid £20 per game. Please contact Clodagh Churm to enquire or for more information. 07805 259174 clodagh-daisy@hotmail.co.uk

England Netball have released dates of their next two ADL (Award in Delivering Learning) courses and are inviting qualified Level 2 coaches and B Award Officials to join their tutor workforce to deliver the UKCC Level 1 & 2 qualifications and C & B Award officiating courses. If you’re interested in tutoring in coaching or officiating, then this course is for you. For further details, visit the England Netball coaching or officiating pages or see the brochure

Stand up to Cancer, and win an England Netball signed ball

Several new courses have been released in the region including C Award Officiating, Youth Umpire Orientation Workshop and a High 5 workshop for teachers and coaches. Click on the links for further details.