Tournament based in Manchester

Dominoes Netball Club are based in Manchester and are hosting a number of tournaments over the summer to include Back to Netball; Juniors; Seniors and mixed netball. If you are interested in finding out more, visit their website for further details.

A charity tournament has been arranged to take place on Sunday 7th July at Stamford Junior School, Lincoln. The closing date for entries is Friday 7th June and entries will be accepted on a first come first served basis. Money raised will be donated to St John Ambulance. See the entry form for further details. 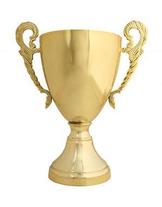 TFC recently were crowned champions of the East Midlands Regional League division 1. This has earned them the right to play off for a place in the Premier League. They wrote to the Regional Management Board about the volunteers they are thankful for who make the Regional League happen. Read their letter here

Tickets are now on sale for the NSL Showdown which will take place on 25th May at the University of Worcester Arena. The Final will be shown Live on Sky Sports and broadcast on Radio 5 Live Sports Extra. Purchase your tickets via ticket line, or see the press release for further information.

Regional High 5 and U12 Tournaments

Details for the Regional High 5 and U12 Tournaments are now available and entries are being accepted for both competitions. Please see the competition page for details and entry forms

A tournament is being held at The National Comprehensive School in Nottingham on Sunday the 28th April 2013. Team entry fee is £25 per team to be received by the 12th April 2013, along with a completed entry form. A Cup and Plate winning system will be the forma and therefore all levels of teams are encouraged to attend. A donation will be made to a charity of the winning clubs' choice. See the flyer for more details. 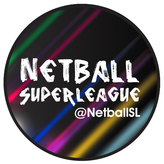 England Netball are looking for volunteers to help run the Netball Superleague Final taking place on Saturday 25th May at the University of Worcester Arena. For further information, see the advert and complete the booking form no later than Friday 26th April

The adult section at Nottingham City Netball Club is celebrating its 50th year (1963-2013) and will be holding a tournament on May 18th & 19th 2013 as part of their celebrations. The charity event will see all proceeds going to Derby Hospital to help fund a Sensory Sunshine Roof for severely brain damaged children. It is the clubs intention to try and provide everything for your needs with lists of discounted accommodation, discounted night club tickets and tickets for ten pin bowling which includes a meal available on request.

At the tournament will be the usual tombola, hot and cold drinks, hot and cold cobs (buns, rolls etc) and there will be plenty of room for gazebos and tents. For further information, see the entry form