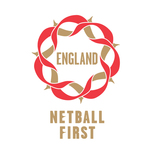 The England Performance Pathway is a vital part of improving the standard of competitive netball played in England, with its main aim to ensure there is an increased number of better quality athletes progressing from the Academies into the England High Performance programme and INTCs (Intensive Netball Training Centres). The Performance Pathway will act as a conveyor belt for high quality English athletes, taking players from 11-12 years old, all the way through to our Senior National team.

As you may be aware England Netball has a newly introduced Netball First Pathway Programme. The aim of the pathway is to develop athletes with the necessary attributes to perform.

​Essentially the Satellite Academies are for players who are of a good netball standard and have the potential to improve into a performance player. The County Satellite programmes focus on quality and not quantity, providing performance-enhancing training for the individual, not squads. Competition is seen as valuable but is delivered outside the Netball First Pathway programme in club or school local leagues and tournaments.

As part of the Netball First Pathway, Nottinghamshire will be running 1 Satellite Academy screening day in October for girls who are currently 11, 12 or 13 years of age.

Screening Day: Saturday 8th October 2016, 8.30am – 3.30pm at Bilborough College, College Way, Nottingham NG8 4DQ
Players nominated by coach/ teacher
The cost for screening will be £5 per player, payable on the day of the players screening.

Please visit our website for further information regarding age banding and training nights.

Please find below the nomination forms for athletes to take part in the ‘Northants Netball Performance Programme’.
​
This gives you the opportunity to nominate up to 10 gifted and talented athletes from your school/club, who are aged between 11 & 15 years old who are not currently involved in the programme. All nominees should be affiliated to England Netball either through their school or club.

The Northants County Netball Performance Programme has been developed to ensure that the game is both player centred and in line with long-term athlete development (LTAD). Should your nominees be successful at this screening day they will be asked to attend a further 4 weeks of assessment commencing in September 2016; there will be a charge of £35 for this second phase. The programme will begin in October 2016 and will run through to July 2017 on a fortnightly (at present) basis for the Satellite groups and weekly for Academy groups; the girls will experience high quality coaching and education on various aspects of the National Performance Pathway, giving the athletes the opportunity to reach their maximum potential.

All nominations should be completed, with a £7 non – refundable cheque payable to NCNA – Performance Group or by BACS transfer using your daughter’s full name as reference to: HSBC Kettering: sort code 40-26-07, account no: 11662058 and returned before Friday 1st June 2016 – any entries received after this date will not be accepted and we regret that we cannot accept any monies on screening day. Please ensure that all details on the forms are correct and clearly written to ensure efficiency in organising the screening day. Please return all completed forms and cheques to:
Mrs Stacey Poole, Jasmine Cottage, The Green, Twywell, Northants, NN14 3AH

Should you have any questions please do not hesitate to contact either me via email stacey_poole@live.co.uk or Sophie Vickers sophie_vickers99@hotmail.co.uk.

I would like to take this opportunity to wish your athletes every success within the programme.
​

The County Netball Academy Programme is part of England Netball's  "Netball First Performance Pathway". The aim of the pathway is to facilitate the progression through the Pathway of those athletes who demonstrate the potential to do so. Further information on the pathway can be found Here!

Essentially the County Academies are for players who are of an excellent netball standard and have the potential to improve into a performance athlete. The County Academy programmes focus on quality and not quantity, providing performance-enhancing training for the individual, not squads. Competition is seen as valuable but is delivered outside the Netball First Pathway programme in club local/ regional leagues and tournaments.

County Academies will provide an opportunity for players to be seen by the Regional Talent ID Scout, and potentially the opportunity to move up the England Netball pathway ladder into the regional development squads.

Please use the documents below for loads more information!