Over the past few years there have been multiple campaigns to get involved in; from Net10, to running Race for Life or Pretty Muddy.
The netball family are playing a vital role in beating cancer sooner through your various efforts, including bake sales and hosting pink week at your clubs – this partnership continues to grow and develop through your spectacular support and efforts.

Our contribution and dedication over the last 12 months was also recognised as England Netball received a Special Commendation in the Community Organisation of the Year 2017 category.

​England Netball feel proud to be part of these achievements so far and know how much of a difference the money raised makes.

This has made us even more determined to continue to grow this partnership in order to progress with this lifesaving work.
England Netball Chief Executive Joanna Adams said: ‘It’s a fantastic partnership and we are incredibly proud of what we have achieved over the last seven years.

‘It is a cause close to the hearts of our netball family and the special commendation provides an opportunity to say thank you and celebrate the achievements.

‘With the shared ambitions and values of both organisations, we are sure that the partnership will continue to go from strength to strength.’
The two organisations came together on Thursday 31st August for a planning and engagement day and the ideas produced as a team were exciting to say the least!

Initially brainstorming as a group, followed by developing and presenting the best ideas in smaller teams produced some fantastic, fresh approaches.
These ideas can now be developed to benefit both organisations and consequently maintain and grow this thriving collaboration.
Thank you Cancer Research UK for being part of this incredible partnership.
​
Also, a huge thank you to all of you the netballers for your dedication and commitment so far – we have made such a difference together.
Every pound donated and every netballer who shows their support plays an important part in a lifesaving story.
We will keep you updated on developments and opportunities to get involved in.

Stand up to Cancer UK

Staff, volunteers and players in the East Midlands helped to raise money for Cancer Research UK by taking part in their Stand up to Cancer campaign. Staff in the Netball Centre, Loughborough took part in netball shoot out; whilst athletes from the Regional Academy and Regional Performance Academy took on the plank challenge. If you are raising money for Cancer Research UK, make sure you donate via our Just Giving page! 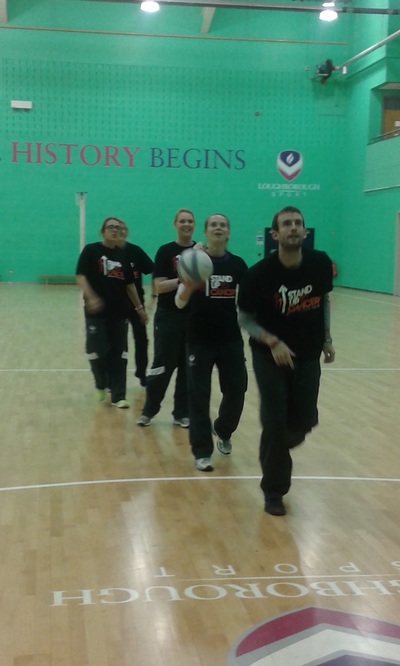 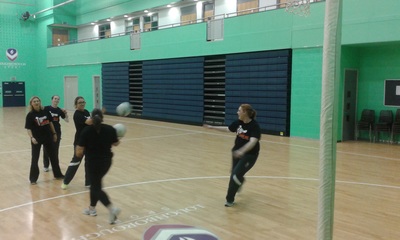 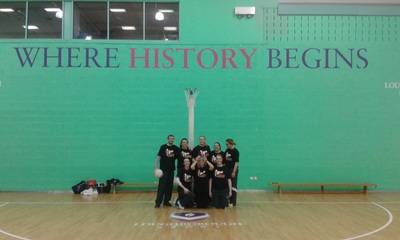 We would like to congratulate all of the nominees and each of our winners.

We would also like to pay huge thanks to those that took the time to nominate for the awards, and to the attendees that purchased raffle tickets. From the raffle, we raised a wonderful £335.97 for Cancer Research UK.

The City of Nottingham Back to Netball League Awards Night held at The Riverbank, Nottingham on 6th March was a fantastic success with over 90 people attending!  As well as drinking lots of fizz and cocktails we also managed to raise £249.83 for Net10forLife from the ‘shoot the hoop’ competition! A brilliant time was had by the league and a big thank you to all those that attended to make it a special night! 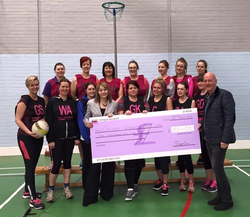 Shepshed Netball Amateur Players (aka SNAP) (pictured to the left) have been embracing the This Girl Can campaign, and have raised funds for Cancer Research UK by taking part in Net 10 for Life raising £100.

A big thank you to Nottinghamshire Netball League who took part in ’Net 10 for Life’ in aid of Cancer Research UK. The total raised was £266.50. Well done to all who played and donated. 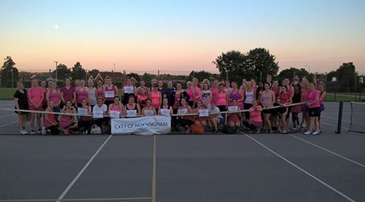 The City of Nottingham Back to Netball League Summer Festival held on 30th June 2015, raised a massive £473.09 for Net 10 for Life!! A huge well done to you all for mixing it up, rotating, digging deep and showing your support! Congratulations to The Trent Bridges for coming first, The Lions for coming second and to The Castle for placing third. What a fantastic night of summer netball!! 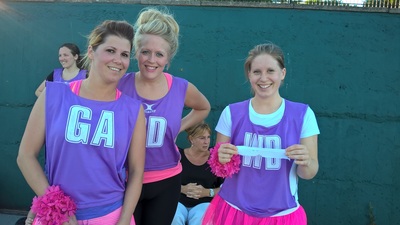 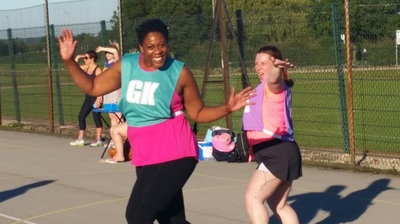 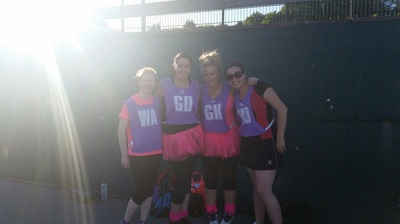 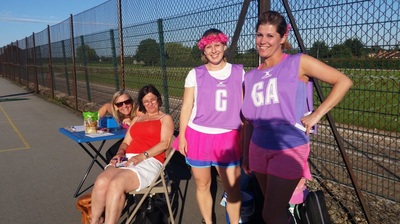 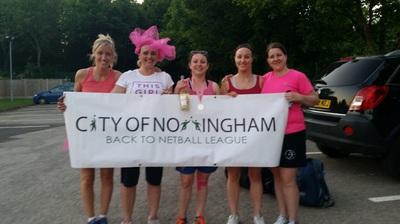 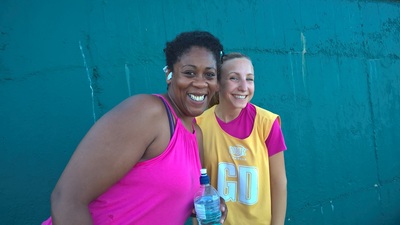 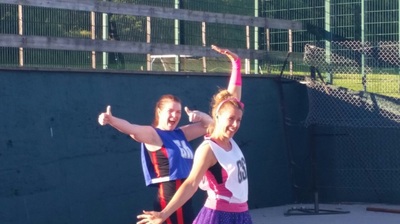 If you want to donate to this worthy cause or have and thank you to everyone that has raised money throughout Net 10 For Life. If you are still raising funds, please go to our just giving site and make your donations:
www.justgiving.com/east-midlands-netball/